The marimba is a percussion instrument whom history is closely linked to the history of the African xylophone. They spread in South America during colonial era. 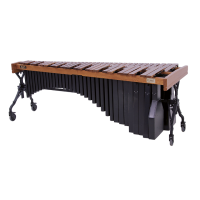 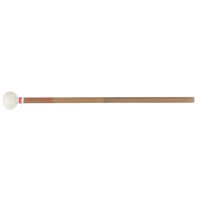 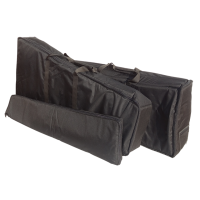 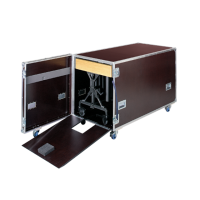 
Keyboard percussions cover a large spectrum of the percussion instruments of which we are specialised in : The practice of music is an art, that blends the sensibilities of a composer, a conductor and the musicians. To give sense to the interpretation of a musical work, the musicians dig in an instrumentarium the cultural ressources that meet their ideas and their needs.
This instrumentarium is the product of the meeting between international instrumental bills and multicultural artistic sensibilities. It is today, available in the whole world.
To respect this heritage, we propose a great panel of renowned international brands that are part of the classic orchestra percussion desk.

The marimba is a percussion instrument whom history is closely linked to the history of the African xylophone (1st trace : Mali, 13th Century).
They spread in South America during colonial era.
The xylophones imported by the african slaves got developed in the latina culture to become the ancestors of our marimbas. It's in 1910 that the americans Deagan & Leedy change the latino-american marimba to adapt it to the necessities of the symphonic orchestras from North America and Europe.
The marimba finds its notoriety in the orchestra in 1947 thanks to Darius MILLAUD and his Concerto for marimba and vibraphone.
The use of the marimba intensifies and generalises during the second half of the 20th century.

The marimba is composed of:

The marimba is played by a marimbist in standing position. He or she commonly uses one or two pairs of sticks. Some marimbists developped a way to play with six sticks. The sound of the marimba is soft, warm, harmonious, and more low-pitched than the xylophone.

There is different techniques to hold the sticks. The three most spread methods in the world are : Rythmes and Sons proposes marimbas, xylophones and vibraphones from the most well-known brands on the market, such as : Adams, Concorde, Marimba One, Musser, Yamaha.

We also offer transport bags/cases and flight cases to protect your instruments during storage or when traveling.

Do not hesitate to contact us for any additional information or request for a quote!